My terrific boss of the last five years retired two months ago. My new boss is fine, but I don’t know her as well, obviously. Before he left, my old boss said I could use him as a reference anytime. He knew I was looking, as my job is a long-term contract, not permanent. Horribly, he was murdered just six weeks after retiring. I am still in shock and mourning him, as he became someone I liked very much indeed, and would consider a friend.

I feel awful for even thinking about this, but that does mean no one here knows my work nearly as well. There are others I can ask for references, but in my line of work, if you don’t give the person in this particular role for your reference, people are suspicious — to the point where sometimes they assume the worst, that you would have a bad reference. So when I go to give the references, how do I explain that I can’t provide my most recent boss? Do I say at the point that they ask “I can’t give my most recent boss, because sadly he died last month”? Do I put some kind of diplomatic explanation right on the reference list, like “Former direct supervisor unexpectedly deceased”? They all sound horribly awkward.

I’m sorry, that’s awful. It’s generally very normal not to give your current boss as a reference (since that can jeopardize your employment), so the fact that you’re not listing a manager from your current job shouldn’t strike anyone as odd. It might be different in your case because you’re on a contract and don’t have a permanent position — but if the jobs you’re applying to won’t realize that, you don’t need to volunteer it. Most interviewers will just assume you’re not tipping off your current job that you’re looking.

But if that doesn’t apply, then yes, I would simply give a brief explanation when you’re asked for references — something like, “I would normally put you in touch with the person who managed me for five years in my current role, but unfortunately he’s recently deceased. So I’m suggesting Person X and Person Y instead, since they can both speak to my work.” If you want, you can include a similar note on your written reference list as well.

2. Using an affair partner as a reference

I had a colleague who was let go at the end of her short-term contract last year. She was certain this was because of her affair with a senior married member of staff and she was given a formal warning about very inappropriate behavior in his office. But actually she just wasn’t very good at the job. She didn’t complete tasks on time, she passed around confidential information from meetings she’d taken minutes in, and if she could wander off and leave some of her work to someone else, she did. She was a nice person though and we keep in touch and occasionally meet for drinks.

She quickly found a new job after she left my place of work, but it didn’t go well and she’s looking for employment again. Last time we met, she mentioned that the only reference she was using from our company was from the man she is still having an affair with — and she says he was a former manager. He wasn’t. She says he showed her the reference and it’s an excellent one.

Surely this is a bad idea and could get her into trouble if anything found out? Should I suggest she doesn’t do this or just leave well alone?

Yes, it’s a bad idea and could cause problems for both of them if it comes out. On her end, lying and saying he was her manager when he wasn’t will torpedo job offers if it comes out (and it could easily come out; a thorough reference checker might verify with the company directly). On his end, his company probably would not be pleased to know he’s misrepresenting his position there and giving a false reference for someone they let go.

So she has terrible judgment but you shouldn’t get involved. (The exception would be if you’re in a management role at the company, in which case you’d be more obligated to raise it to someone there.)

How to Spice Up Your CV with the Right Core Competencies

Browse Jobs in Ghana on Sobiaonline 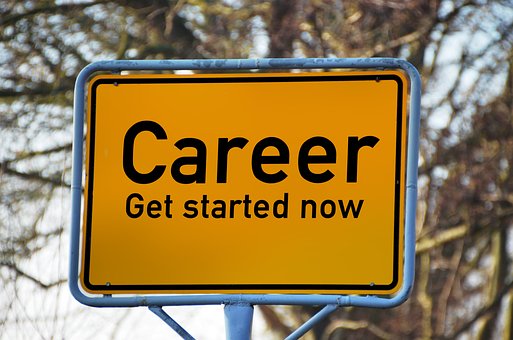 Get Social With Us

How to use Hard and Soft Skills in Your Job Search

Factors to Consider before accepting a Job Offer